Quick as a striking rattler, Snake pulled his gun and shot Bullethead between the eyes. Blood spattered onto Gut's right shoulder.

"Jesus, Snake. What the fuck?"

"He's a user," Snake said, his voice calm. "Bullethead's elimination is risk mitigation." Smiling at his rhyme, he looked over at Gut.

With his ham sized hand, Gut wiped the blood from his ear. "Sonofabitch should've known."

Snake nodded his head toward the dead heap at end of his desk. "Now drag him out of here and show hime to the others."

.... Everything else was secondary. They were my responsible. There was no excuse if I allowed my business to fail and bring them any resulting hardship.

I'm the wolf caught in the trap: do I continue to struggle to get free, or do I gnaw off my leg.

.... He returned topside and contemplated the ocean. In some ways, the enigma reflected life itself. The ocean does not care how prepared you are or how irresponsible you are. If you sink, it gives no credit or criticism. You either live or die. The sea doesn't care. To it, you never existed.  And so it is with life.

QUOTES ABOUT WHEELS UP

"What do you get when you cross a low-country boy with the cockpit of a 767? Pike Logan with a sharp sense of humor. From Citadel cadet to Delta captain, my father takes readers into a world few have seen. It's both humorous and heartfelt --  fast, fun and true."
---Brad Taylor, a Delta Force commander, a Citadel Professor of Military Science and the N.Y. Times best selling author of the Pike Logan series.

"'Wheels Up is  comedy of comeuppance with a twist. No one is spared his (or her) just deserts, least of all the self deprecating author of this tale of high jinks in the air, on the land and at sea, complete with high tension and low humor, near collisions and happy landings. Stay tuned for the prequel, I thought he would be in jail."

I THOUGHT HE WOULD BE IN JAIL. A book about growing up in the South Carolina low-country during the 40's & 50's --- about the agony of misfortune and failure, the thrill of overcoming them both and the hilarious stories in between. 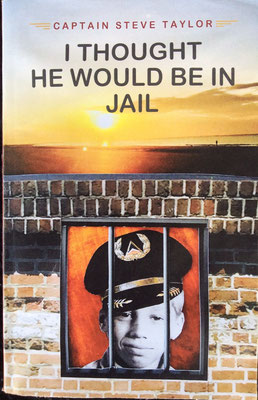 Available in print and